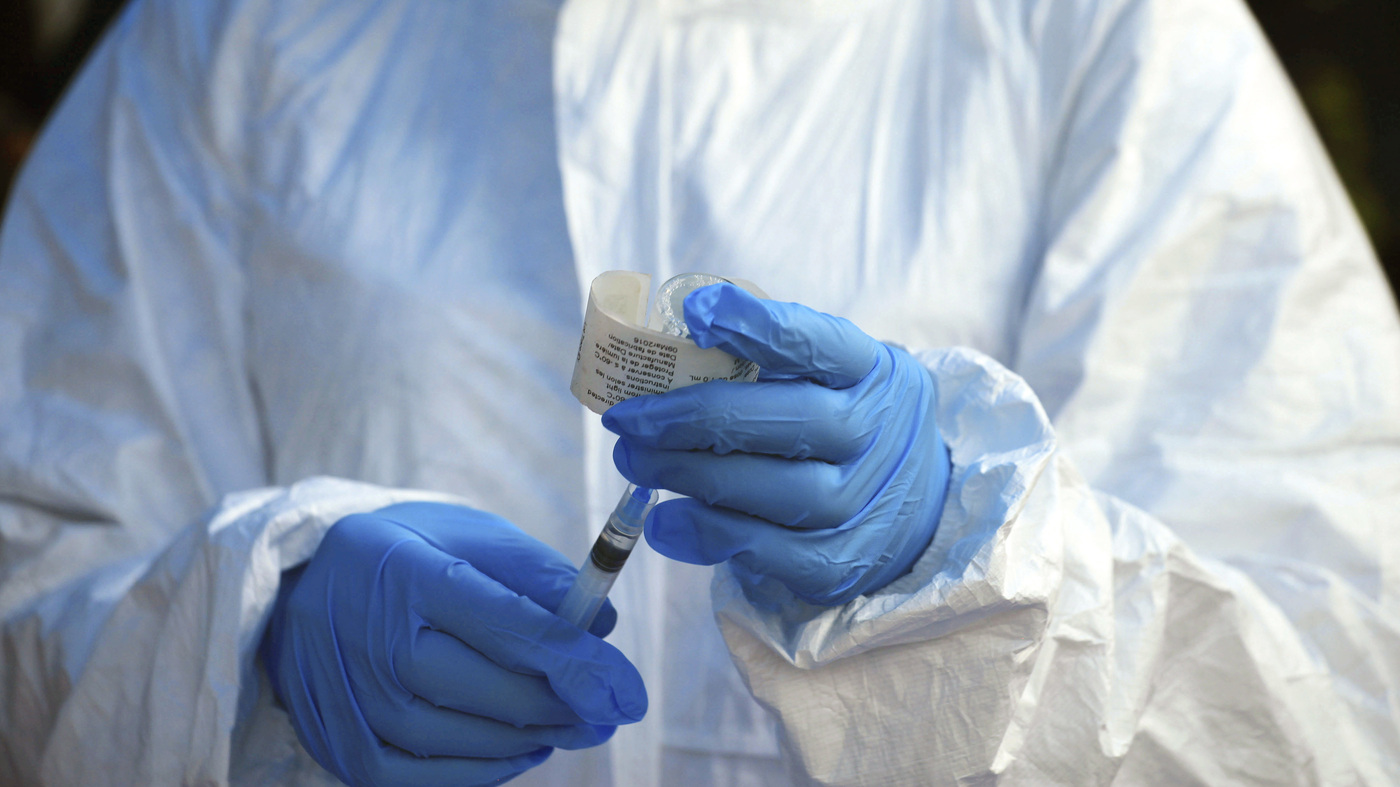 A World Health Organization medic prepares a vaccination dose for a front-line aid worker earlier this year in the small town of Mangina, Democratic Republic of Congo. Four Ebola response workers were killed and six others injured in two attacks overnight — one in Mangina and the other in Biakato Mines. 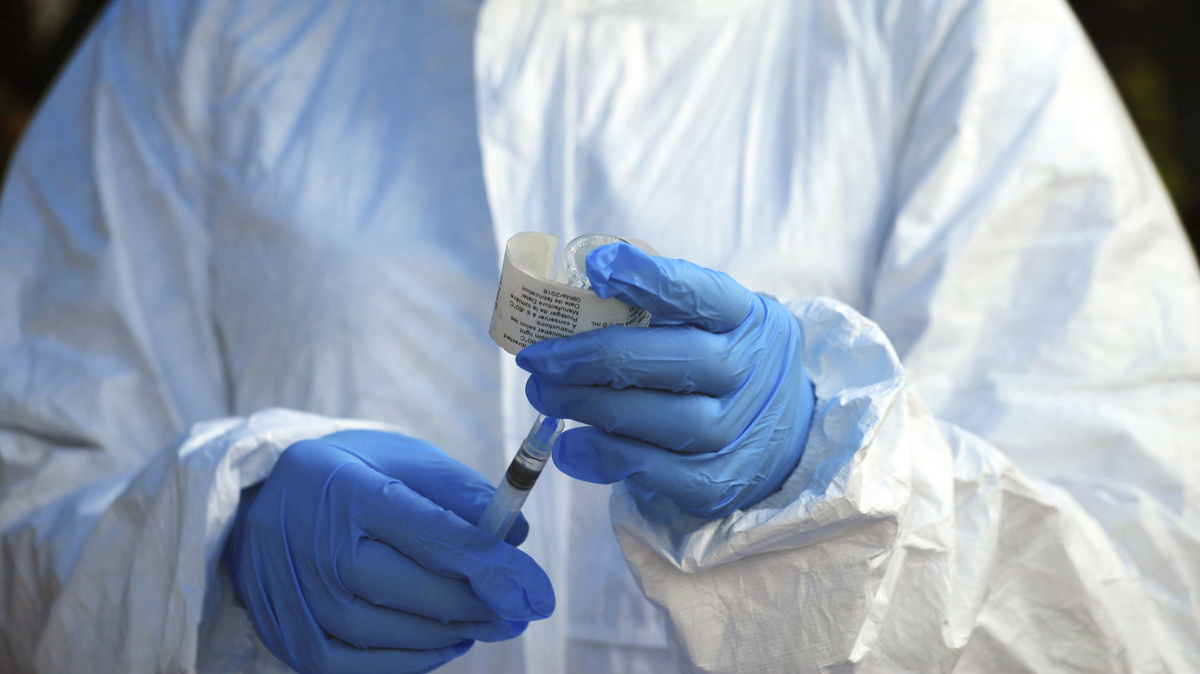 A World Health Organization medic prepares a vaccination dose for a front-line aid worker earlier this year in the small town of Mangina, Democratic Republic of Congo. Four Ebola response workers were killed and six others injured in two attacks overnight — one in Mangina and the other in Biakato Mines.

At least four Ebola response workers are dead and six others injured after a pair of attacks overnight against health facilities in the Democratic Republic of Congo. A World Health Organization official on Thursday described the killings as “unmistakably a directed attack at the [Ebola] response.”

The dead include a vaccinator and two drivers stationed at Biakato Mines — an Ebola response camp used by WHO, government officials, UNICEF and other aid agencies — while a police officer died in the attack on a health coordination office in the small town of Mangina. No WHO staff died; one was among the injured.

“Though no WHO staff were killed, our Ministry of Health and partner colleagues are all members of the same family. We’ve been in the trenches together to stop this outbreak for a year and a half,” Mike Ryan, WHO’s executive director for health emergencies, said on a call with journalists Thursday. “We grieve for them as we would for one our own. We are heartbroken that they died as they worked to save others.”

Ryan said both Congo and the United Nations are opening investigations, noting that as of yet, “there’s no confirmation of the actual perpetrators or the reason for the attack — we can only make assumptions about who it might have been, given the active groups in the area.”

This was no isolated spasm of violence.

Since world health workers descended on the eastern regions of Congo, seeking to stifle an Ebola outbreak declared last year in North Kivu and Ituri provinces, the medics and frontline aid workers have faced more dangers than the usual horrific litany associated with the disease. The volatile regions are largely lawless and contain rich deposits of precious minerals.

In roughly the past 16 months, world health officials say the Ebola epidemic — now the world’s second-largest on record — has left some 2,200 people dead, out of more than 3,300 confirmed cases. But the threats from local militias have proven deadly for the teams trying to combat the disease.

“There have been 386 attacks, seven deaths and 77 injuries — and this response alone against health care workers and health care infrastructure,” Ryan said, adding: “This is by far the deadliest attack so far.”

Earlier this week, WHO pulled a third of its 120 Ebola responders out of Beni, east of Mangina. UNICEF has also pulled most of its workers from the densely populated town. Beni, which has seen the most confirmed cases of any single community where the disease remains active, lately has descended into violent protests from residents angry at U.N. peacekeepers for failing to protect civilians in the area.

Part of the trouble encountered by peacekeepers rests in the question of who, exactly, is behind these attacks on residents and international Ebola responders. According to one estimate, there are more than 130 active armed “self-defense” militias in the area, most known by the umbrella term “Mai Mai.” Earlier this year the U.N. accused several of these groups of perpetrating massacres and mass rapes.

As Ryan pointed out Thursday, the violence has had two major effects: a rampant distrust in the authorities, and a situation so unstable, it is interrupting the attempt to rein in the Ebola outbreak.

“The tragedy in this is that up until a week ago, essentially 98 percent of our cases were in two transmission chains and almost all cases were accounted for, and we were in a position where we were really starting to get on top of this virus” he said. “With the deterioration of security, with that loss of access, we’re now beginning again to see a small but worrying increase in cases and maybe losing some of the gains.”