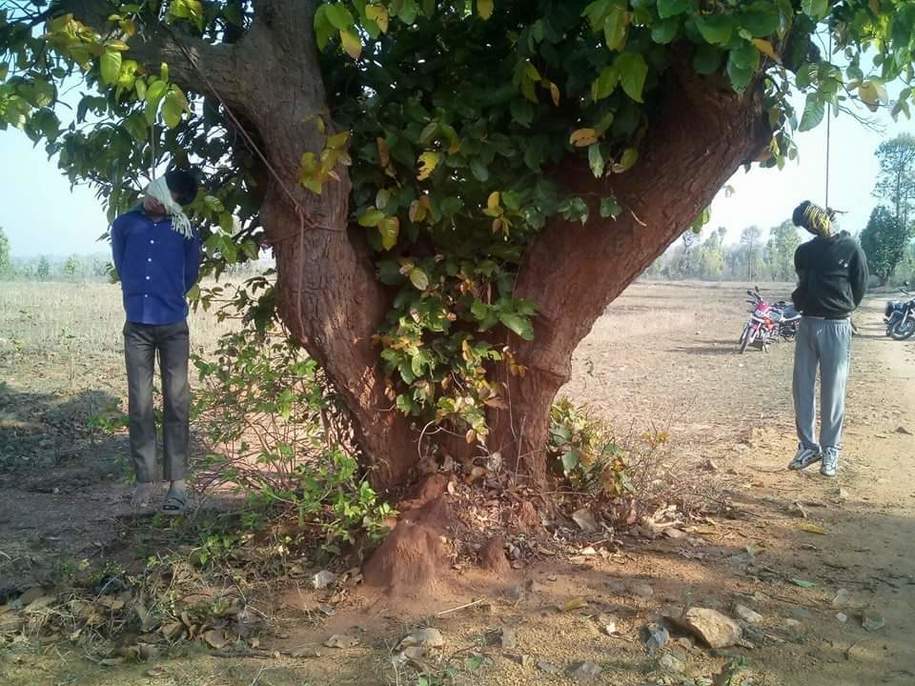 Back in October, I wrote about a man, Mohammed Akhlaq, who was killed by a mob that suspected he had eaten beef.

On Friday, Mazlum Ansari (32), and Imteyaz Khan (15), were found dead hanging from a tree in Jharkhand in Eastern India. They had left that morning with 8-12 buffaloes for a cattle trading fair. Along the way, they were stopped, beaten and hung by a mob. Photos of the lynching were widely published in the Indian press.

Local police have arrested five men for the murders and suggested theft was a motive. The buffaloes would have been worth a few thousand dollars. Complicating this story is that fact that all five of the men arrested for the murder are Hindus, and the victims are Muslim. One of the men arrested, Mithilesh Sahu, is part of a local vigilante Gau Raksha Samiti (Cow Protection Society).

The slaughter of cows is illegal across much of India since many states have passed laws against it. Buffalo do not enjoy such strong protection and their slaughter for meat is still largely legal. The right-wing BJP government which holds power in the center has allies in the Hindutva movement that actively support the “beef ban” agenda and sponsor many of the vigilante groups.

Accusations of beef-eating have a long history in Indian politics. India’s first prime minister, Jawaharlal Nehru (a Kashmiri Hindu) was accused of eating beef and being soft on beef-eaters by his political opponents. Nehru himself had used the claim that British colonial troops “cannot live without beef” to garner support among Indians for the political movement he helped lead. He opposed bans on cow slaughter arguing that India was a composite society. Nevertheless, numerous laws discouraging or prohibiting the slaughter of cows were passed under left-wing governments led by Nehru’s Congress party. The Indian constitution directs the state to prevent the slaughter of cows and there were large-scale protests against cow-slaughter in the 60s. The cow-protection vigilante societies date back to the 1870s and have always been enmeshed in the broader politics of the time. During the election campaign that brought Mr. Modi to power, he campaigned against what he called a “pink revolution” that has made India the largest exporter of beef in the world (mostly buffalo). Several students at one of India’s elite universities (Jawaharlal Nehru University), including the head of the student union were arrested over political speeches and demonstrations earlier this year. One of the most damning accusations leveled against them by the right, was that they were “anti-national” since they allegedly ate beef. Despite common misconceptions, this is not unusual in India. Many people, including numerous Hindu communities eat beef.

In this particular instance, multiple motives may be at play. Mr. Sahu reportedly told the police he believed the cattle were being sold for slaughter and called on several associates to help detain the traders. Within the warped mind-set of cow-protection fervor, this is legitimizes the lynching. Relatives of the victims report that the cow protection societies in the area have spent the past ten years trying to persuade and threaten cattle-traders to exit the trade. Though it is equally likely that some of the suspects used the opportunity to settle old scores, others might have been motivated by the opportunity to steal the buffaloes, and others might well have been driven by general animus towards Muslims.

Such a mix of motives is a staple of political/nationalist/racial mob violence. It’s the same political recipe, with regional flavor applied as needed. So this lynching is in many ways similar to murders and pogroms that targeted many peoples, but primarily black men and boys across America. It is also similar to violence against Indonesians of Chinese descent, anti-Irish sentiment, the dispossession and persecution of Rohingya in Myanmar, the Hutu-Tutsi conflict, the persecution of Jews across Eastern Europe, violence against LGBT people in Latin America and elsewhere, and the distrust and hatred that follows the Roma.

Hatred of the other, religious fervor, plunder and ethno-nationalism in their various forms drive such violence. Sexual assaults and rape follows this toxic mix just as surely as night follows day.

Politicians through the ages have used ethno-nationalist-racist-religious sentiment to garner support. Always, they have tried to ride this tiger to power, damn the consequences. Some do this more openly than others. The effects are worse in some cases, but universally terrible for the poor, the marginalized and the other.

The BJP rides this tiger in India, supported by its Hindutva allies including the Bajrang Dal, the Vishwa Hindu Parishad (VHP), the Rashtriya Swayamsevak Sangh (RSS), and Shiv Sena. The politics of division and ethno-nationalism requires both soft and hard-line proponents. Such a mix of individuals allows the hardliners to appeal to outright bigots, while more presentable faces practice a softer form of bigotry. A third group will make appeals based on unrelated matters, often the effectiveness of authoritarian methods to deliver material growth.

If this sounds familiar to you, that is not accidental. America, like all human societies, is not immune to the appeal of forces that stoke deep-seated fears and tribal sentiment. At various times, the Democratic and Republican parties have practiced the politics of division, attempting to set people against people. In our recent past, the Republican party has been the primary home for such forces.

Today, we are witness to a master class in how one individual can stoke hard and soft bigotry simultaneously by talking out of both sides of their mouth. The pattern is the same, stoke hatred, encourage violence (openly or tacitly), disavow responsibility for mob violence, rinse, repeat. We watch this with the fascination of amnesiacs who seem to believe this is somehow novel, unusual or imported. It is none of that.

Those who under-estimate Donald Trump have, in my view, failed to fully confront what RFK called “the terrible truths of our existence”.