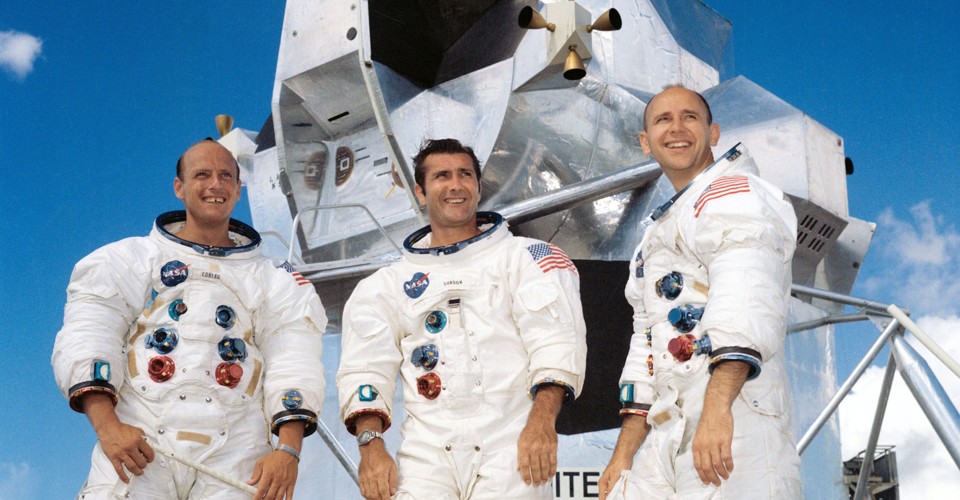 On November 14, 1969, the NASA astronauts Charles Conrad Jr., Richard F. Gordon Jr., and Alan L. Bean blasted into space aboard a massive Saturn V rocket to become the second mission to land humans on the moon. Just four months after the historic Apollo 11 mission, Apollo 12 crew members would land their lunar module in the Ocean of Storms with extreme precision, setting down within walking distance of another NASA spacecraft—a lander named Surveyor 3 that had been on the moon since April. For more than a full Earth day, Conrad Jr. and Bean worked on the lunar surface, making two extravehicular-activity excursions that added up to nearly eight hours of walking on the moon. A package of scientific instruments was deployed, soil and rock samples were collected, and parts of Surveyor 3 were removed for scientific study. The crew made it home safe on November 24, 1969, splashing down in the Pacific.