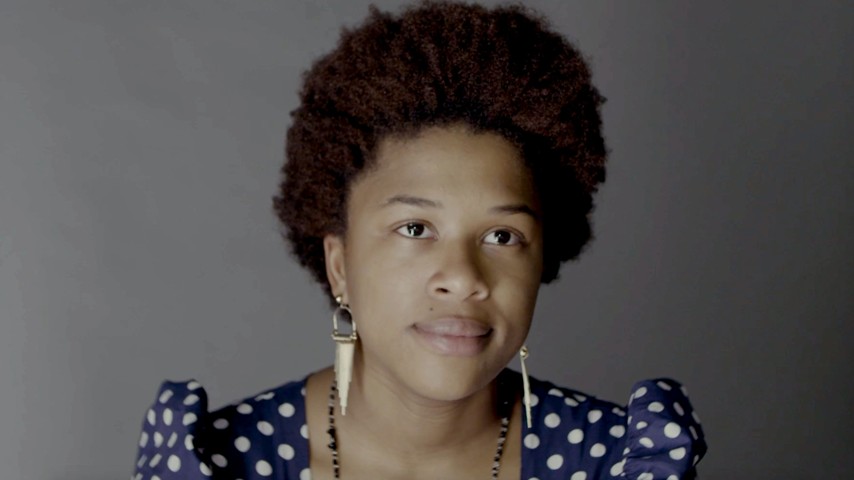 Chasity Hunter was on a Tinder date when she was pulled over for a routine traffic stop. The police ran her ID and found an outstanding warrant. “I didn’t know at the time that there were warrants out for me—I just had school tomorrow,” Hunter says. Later, she discovered that her aunt had falsely accused her of stealing a laptop.

In Kira Akerman’s powerful short documentary The Arrest, Hunter recounts, in harrowing detail, what happened next. For five days, she was held in the Plaquemines Parish jail in New Orleans, where she was systematically dehumanized. Unable to afford bail—set at $450— or a lawyer, Hunter had no recourse but to wait for a public defender to take her case.

After four days in jail, Hunter describes experiencing an overwhelming loss of control over her life, which led her to attempt to take extreme measures. “I’m just trying to think of a plan,” she says in the film. “What can I do—what can I say—to get myself out of this situation?”

Eventually, a hastily-formed coalition of Hunter’s teachers and mentors raised Chasity’s bail and came to support her at court. “It was a testament to their commitment to Chasity and a willingness to stand against the systems and processes that threatened to make her a statistic,” Akerman told me.

The simplicity of the film’s approach throws the stark reality of Hunter’s experience into sharp relief. “It was important to me to describe Chasity’s experience of jail,” Akerman said, “rather than simply answer everyone’s automatic question: Why were you in jail? To me, the ‘why’ matters insofar as it begs a bigger question: Does anyone deserve this kind of treatment?”

The New Orleans bail system is rooted in the city’s history as the center for an economy of enslaved people. According to Akerman, on any given day in New Orleans, more than a third of people in jail are locked up because they can’t pay the price of bail. Of those people, 8 out of 10 are black. “Louisiana jails are still filled with people like Chasity, who are there just because they can’t pay the price set on their freedom,” the filmmaker said. “Chasity’s story is one that occurs to nearly every person who comes into contact with these processes, and most stories go untold.”

Today, Hunter is a pre-law student at The University of New Orleans, where she is continuing her fight for justice.