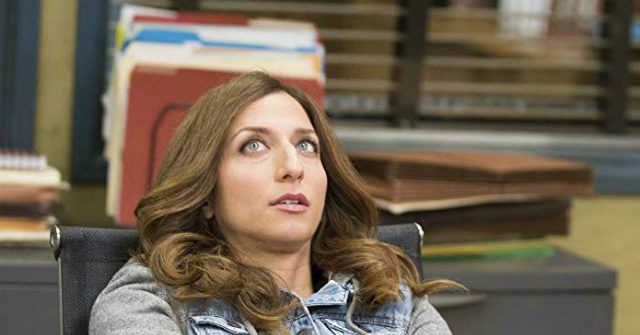 Thanksgiving is ruined according to comedian and Brooklyn Nine-Nine actor Chelsea Peretti because of family separation and “climate destruction,” among other things.

“[You] know what spoils Thanksgiving dinner? Incarceration of [your] loved ones, separating families, when [your] child is shot at school, ignoring the full reality of American history, certain climate destruction, but yeah pass the gravy — heheheh I want uncle Logan to feel comfy,” said Peretti on Wednesday.

The actress was responding to a tweet from the Associated Press, which read, “Worried that impeachment talk could spoil Thanksgiving dinner? An etiquette coach suggests setting aside a room for such discussions and designating a calm relative as a moderator.”

U know what spoils Thanksgiving dinner? Incarceration of ur loved ones, separating families, when ur child is shot at school, ignoring the full reality of American history, certain climate destruction, but yeah pass the gravy ✨✨✨heheheh I want uncle Logan to feel comfy https://t.co/QthFR10P0T

Following her tweet reacting to the Associated Press, Peretti retweeted several tweets from other accounts lambasting ICE for conducting a plethora of successful raids since January.

The quasi-movie stars seemed particularly upset over a certain ICE operation that involved the federal government using a fake university to bust labor traffickers who funneled hundreds of Indian workers into college graduate jobs around the United States.

While Peretti retweeted accounts referring to the raid as an “entrapment” scheme for the purpose of deporting “legal” immigrants, the Detroit News reported earlier this year that the fake university in Farmington Hills, Michigan had been used “to lure alleged phony foreign students who were trying to stay in the United States illegally.”

The report noted that the fake school, known as “the University of Farmington” had been “utilized by undercover Homeland Security agents to identify people involved in immigration fraud,” according to unsealed federal grand jury indictments.

“Eight people were charged with participating in a conspiracy to help at least 600 foreign citizens stay in the U.S. illegally,” the report added, “according to the indictments, which describe a novel investigation that dates to 2015 but intensified one month into President Donald Trump’s tenure as part of a broader crackdown on illegal immigration.”