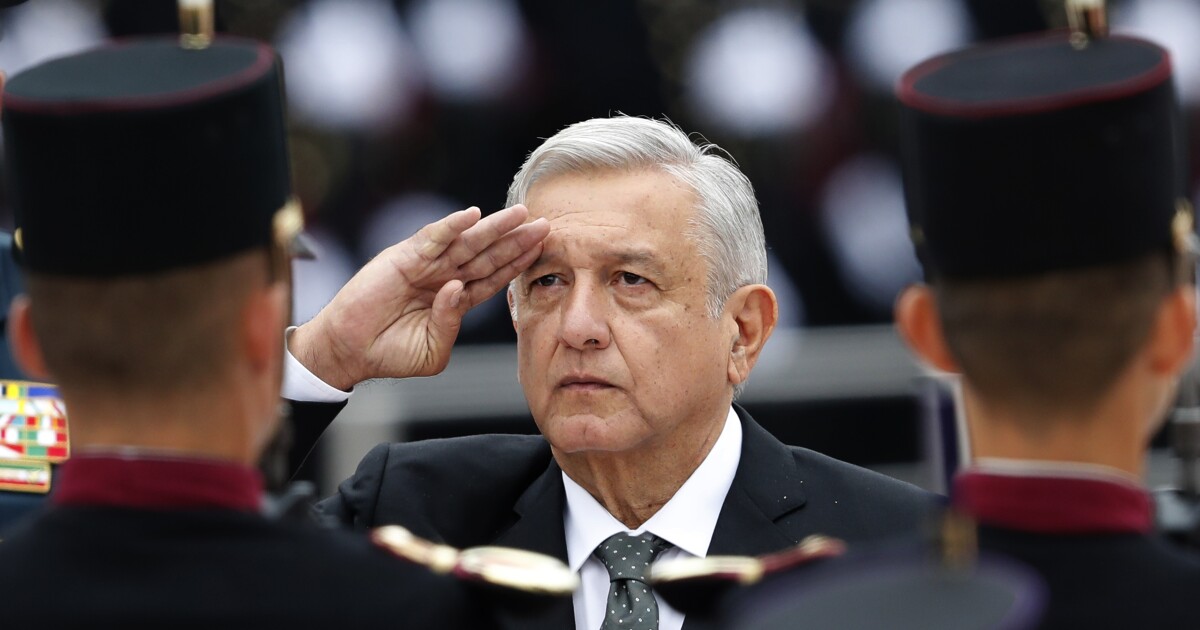 At 7 a.m. each weekday morning, as the sun is still rising over this sprawling mountain capital, Mexican President Andrés Manuel López Obrador steps in front of a gaggle of news cameras and begins to talk.

His news conferences, which can stretch as long as three hours, often meander among a wide range of topics. On any given day he may discuss policy, baseball, the impact of neo-liberal economic policies or the history of the Spanish conquest.

Increasingly, Mexico’s loquacious commander in chief has had to face one subject he’d rather not address: Mexico’s spiraling violence, and growing doubts about his strategy to fix it.

López Obrador, a 66-year-old populist leftist, was elected in a landslide victory last year in part on his pledge to bring peace to this violence-weary nation.

Renouncing the militarized approach of his predecessors, whom he accused of turning Mexico “into a graveyard,” he vowed to transfer public safety duties from the armed forces to a new civilian National Guard and to tackle organized crime by fighting poverty.

“Hugs, not bullets” was his catchy campaign promise.

But as López Obrador prepares to mark his first year in office Dec. 1, record-high homicide rates and a series of extreme acts of cartel violence have invited increased scrutiny of his security policies, some of which contradict his lofty rhetoric in practice.

Significantly, he has not demilitarized public security and sent soldiers back to their barracks as promised.

The National Guard, which López Obrador vowed to put under civilian control, is being led by a recently retired former Army general, and nearly 80% of the force is made up of former soldiers or marines.

Many of the new troops have yet to receive promised training in human rights and how to carry out criminal investigations, which is supposed to be one of their new duties.

In recent months, many members of the National Guard have been diverted entirely from addressing violence and organized crime. After President Trump threatened Mexico with tariffs if it did not reduce the number of Central American migrants reaching the U.S., López Obrador ordered thousands of those guard troops to Mexico’s northern and southern borders to curtail illegal immigration.

The troops’ mandate remains largely unclear. Is it to essentially replace local police? Under what circumstances will they be deployed?

“I need to know a lot more about the National Guard and where it’s going to be and what it’s going to be doing,” said Aileen Teague, a postdoctoral fellow at Brown University who is writing a book about the impact of U.S. drug policies and policing efforts on Mexico.

While many who have studied the drug war agree that a break with the militarized strategy of the past is a good move for Mexico, Teague said, López Obrador has offered frustratingly few details.

“His goals are valuable,” she said. “But I question his plans for execution.”

When faced with such questions, López Obrador often responds by saying that he inherited a country where violence was already out of control. He has also stressed that some elements of his plan —a program that gives cash transfers to hundreds of thousands of poor Mexicans, for example — are not quick fixes and are designed to help curb crime over a longer period.

He reacted angrily at times, saying he has already made Mexico a more peaceful place and that Mexicans need to be patient.

He and his Cabinet members point proudly to a slight decrease in homicides in recent months — in October, 2,866 Mexicans were killed, down slightly from this year’s monthly peak of 2,993 in June. Security Secretary Alfonso Durazo has described the dip as an “inflection point.”

A number of high-profile security incidents have raised questions about whether the government has ceded control of parts of the country to organized crime, especially the government’s badly botched effort in October to capture the son of drug lord Joaquín “El Chapo” Guzmán.

At least 13 people died when the Sinaloa cartel seized control of the northern city of Culiacán in a successful effort to force the release of Guzmán’s son.

Speaking about the incident at one of his news conferences a few days afterward, López Obrador praised the soldiers and National Guard troops who took part in the failed operation and defended his decision to release Guzmán, which he said was made to save lives.

“We will no longer fight violence with violence,” he said. “There is no longer a war against drug traffickers.”

“‘Hugs not bullets’ could be interpreted by criminal groups as an opportunity to gain territory as authorities step back,” he said.

In the weeks after the Culiacán incident, similar scenes played out in other cities.

Earlier this month a cartel terrorized Juárez, on the border with El Paso, igniting 35 vehicles in a fight with security forces. Another criminal group also seized control of the border city of Nuevo Laredo, blocking intersections with buses and tractor trailers they had lit on fire.

And then there are the dramatic mass killings that seem to occur every few months.

In Michoacán state, 19 bodies were hung from a bridge or scattered nearby in August, and 14 police officers were ambushed and killed in October.

In Veracruz state, 30 people were killed when a strip club was firebombed in August, and in Sonora state, nine women and children who belonged to a breakaway Mormon sect were gunned down this month.

According to the newspaper, suspects have been detained in only five cases.

López Obrador still boasts approval ratings above 60%, with many voters viewing him as more accessible and relatable than previous leaders.

Yet the continued violence is taking a toll, as questions about violence come up more and more at his news conferences.

In March, 53% of Mexicans approved of López Obrador’s work fighting organized crime, according to a poll by El Universal newspaper. That number fell to 31% this month.

The violence has also attracted unwanted attention from Trump, whom López Obrador has largely sought to pacify on issues of trade and migration. Trump and other Americans have called for Mexico to remilitarize its fight against cartels, with Trump this week vowing to designate Mexican drug cartels as terrorist groups.

“The future of Mexico is so important,” U.S. Ambassador to Mexico Christopher Landau said recently, urging Mexico to take a harder stance against criminal groups. “If we don’t fight this now, it’s going to get much worse.”

Violence came to dominate the presidencies of Felipe Calderón, who first declared war on drug cartels in 2006, and of Enrique Peña Nieto, whose energy and education reform efforts were overshadowed by events such as the 2014 disappearance of 43 college students in the state of Guerrero.

“Cartels are like monsters that keep ruining regimes,” Aguayo said, adding that López Obrador will have to enact policies that match his lofty words.

“Rhetoric has been shattered by reality,” he said.

Fisher is a special correspondent. Cecilia Sanchez of the Times’ Mexico City bureau contributed to this report.