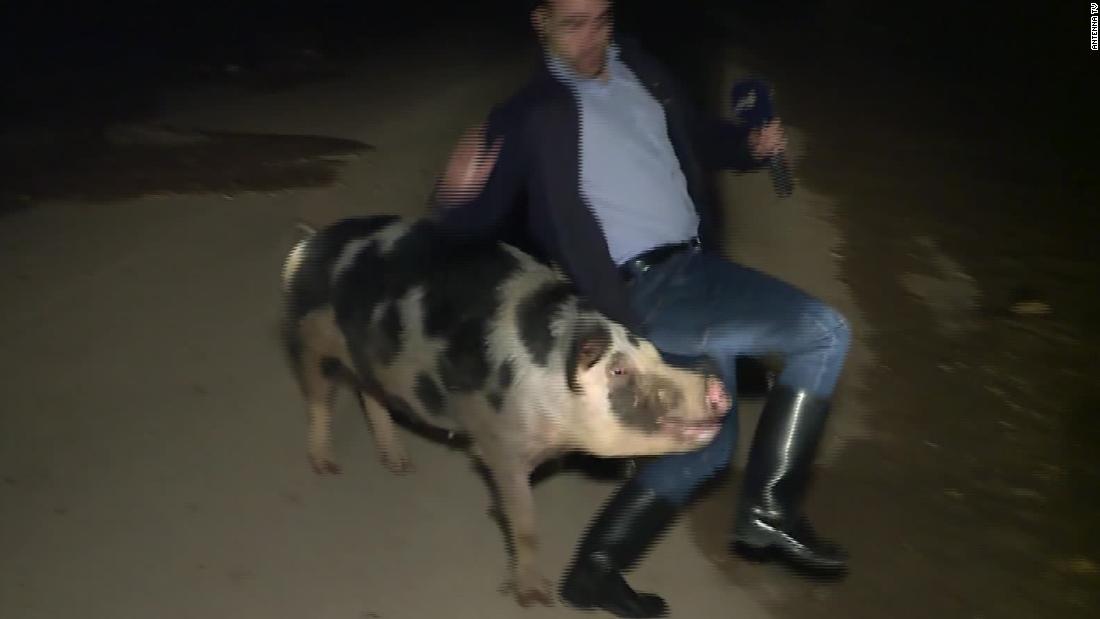 Lazos Mantikos was in the Greek town of Kineta Tuesday to report on flood damage, but he ended up becoming the story himself when the female pig seemed to take a liking to him.

“Good morning, we have an issue,” said Mantikos on the “Good Morning Greece” show from CNN affiliate ANT1.

“Giorgos, can you hear me? We have a pig here that has been chasing us since this morning … folks, sorry, I can’t stand (still) because it’s biting me.”

“Now let’s go to Kineta where (people) are counting their wounds. Lazos Mantikos is there.”

Most likely expecting a somber account of the damage caused by flooding, Papadakis struggled to hide his mirth as the video feed beamed back footage of Mantikos frantically trying to evade the pig.

“Lazos, because it’s a tragic issue and we are counting our wounds in Kineta, try and work things out with the female pig,” Papadakis said.

Three people died across Greece on Monday as storms battered the country, Reuters has reported.

Kineta, a seaside town west of Athens, has seen its road network badly damaged by rockfalls and gardens buried in mud, the news agency said.