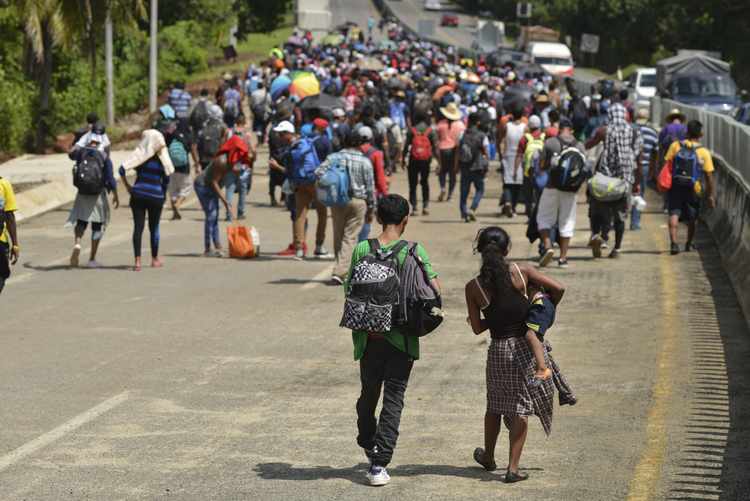 Thanksgiving is a time for reflection, sharing and gathering, not only with one’s family and friends but also collectively as a nation.

The “First Thanksgiving” was held nearly four centuries ago as the culminating celebration of a successful harvest. Despite their cultural differences and short time as neighbors, that day saw Pilgrims and indigenous Americans eager to share their bounty and enjoy a feast together. Since that fateful day in 1621, Thanksgiving has remained a defining and culturally relevant celebration in the United States, as well as a poignant reminder to step back, to reflect and, most importantly, to share.

This Thanksgiving, I urge you to join me in reflecting upon what we have shared with our neighbors, particularly with our littlest and most vulnerable ones: children.

Have we shared all the bounties our country has to offer – particularly security, freedom, liberty and justice? The answer is no.

This year, our government has taken steps to dramatically cut the number of refugees allowed to seek refuge within our borders. Shockingly, the United States resettled zero refugees in October 2019.  Zero. Moving forward in 2020, a limit of 18,000 refugees will be allowed into the United States. This represents a drastic decrease from years past, including 2016, when just under 100,000 refugees were welcomed in to our country with open arms. Suddenly, the home of the Statue of Liberty, a beacon of light for migrants and refugees, has closed its door to children and families around the world who desperately seek a better life.

The morally repugnant Migrant Protection Protocols, more commonly referred to as the “Remain in Mexico” policy, have also been implemented this year. Under this rule, the United States government has returned nearly 70,000 asylum seekers and migrants to Mexico to await processing. More than 13,000 of these returnees are children – 400 of them are infants. These children and infants must now remain in Mexico for prolonged periods of time, in dangerous environments where crime and violence are rampant. The protocols go against international law and, more importantly, America’s founding values.

The Pilgrims of the first Thanksgiving, just like those children our government has sent back to Mexico, were asylum seekers, fleeing their country in search of a new place to call home, free of persecution and full of opportunity. This dreamt-about place became the United States of America, built upon freedom, liberty, equality, justice and hope.

Let us not forget what, and who, makes us uniquely American. Let us be proud of, and thankful for, our noble history. Let us embrace today’s asylum seekers, particularly children, knowing that they will bring a better tomorrow and contribute to a stronger and brighter homeland long into the future.

At Save the Children Action Network, the advocacy arm of Save the Children, we serve as the political voice for kids, advocating for action and change so that every child has an equal opportunity to thrive. This Thanksgiving, everyone should channel the lessons of our nation’s history and pledge to fight for change regarding our misguided policies towards asylum seekers.

We are dedicated to championing those who champion children and, this Thanksgiving, we encourage each and every one of you to think about who those people are in your community. Do your leaders advocate for marginalized kids with bright-eyed dreams of coming to a new world free of persecution and danger, much like the Pilgrims? And, as we inch towards Election Day 2020, what will you do to make sure children are supported and America’s values — the values we celebrate on this holiday — are upheld?

No child should live in danger or in fear because of the actions of our country. The United States is better than that.  Our youngest neighbors who seek refuge here in this great country deserve a seat around our Thanksgiving table. Let us hope we remember our long-held values and become better at sharing our bounty in the years to come.

Mark Shriver is the president of Save the Children Action Network (SCAN), where he leads an effort to mobilize Americans to ensure that every child in the U.S. has access to high-quality early childhood education and that children around the world survive and thrive.