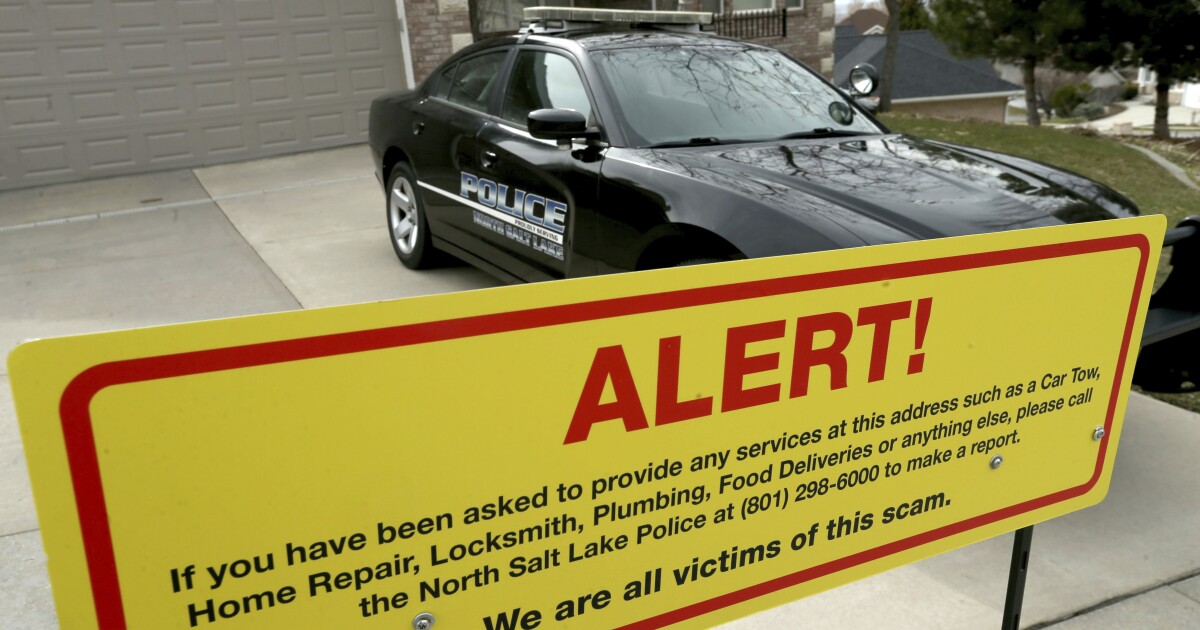 A Hawaii man tormented a Utah family for over a year by sending more than 500 people to their house for unwanted services including food deliveries, repairs, tow trucks, locksmiths, plumbers and prostitutes, according to a U.S. prosecutor who called it “extreme cyberstalking.”

Loren Okamura is scheduled for a detention hearing Wednesday in Honolulu’s federal courthouse following his arrest at a supermarket last week after his indictment last month on charges of cyberstalking, interstate threats and transporting people for prostitution, court documents show.

Okamura, 44, targeted a father and his adult daughter, sending the woman threatening messages and posting her picture and address online, authorities said. One posting said the homeowner wanted drugs and prostitutes at the house in a quiet, middle-class neighborhood in a Salt Lake City suburb.

The Gilmore family was “tormented” during the year-plus in which the “extreme cyberstalking” took place, said John Huber, U.S. attorney for Utah, before reporters Tuesday.

Investigators had been focused on Okamura as the suspect since January when the Gilmores were granted a protective injunction from him in Utah. It took investigators time to gather enough evidence to charge Okamura because of his use of encryption and apps that made him appear anonymous, Huber said.

“For all the good that technology offers us in our modern lifestyles, there is also a darker, seedier side to it,” Huber said. “That’s what you have here.”

Huber declined to disclose the relationship between the victims and Okamura but said it was not random. He noted that most stalkers have had previous relationships with their victims and said that “those dynamics are present in this case.”

A sealed indictment was issued on Oct. 2, but Okamura wasn’t arrested until Friday as police struggled to find him because he doesn’t have a permanent address or job and authorities said he was “savvy” with technology used to mask his phone’s location.

A team of Utah officers flew to Honolulu and teamed with FBI agents on a 15-hour search that ended when they arrested him at the supermarket, said Sgt. Jeff Plank of the Utah Department of Public Safety, who was assigned to the FBI’s cybercrime task force.

Prosecutors say that Okamura’s online stalking began sometime in 2018 and that he sent as many as 500 unwanted people to the house.

Utah police went to the North Salt Lake house more than 80 times over a four-month period from November 2018 to February 2019. The activities affected the entire neighborhood, prosecutors have said.

In May, the woman received an email telling her she should “sleep with one eye open and keep looking over her shoulder.” The email also said: “You should just kill yourself and do your family a favor,” charging documents show.

Prosecutors have said they have records from Okamura’s cellphone and Apple ID to support the charges.