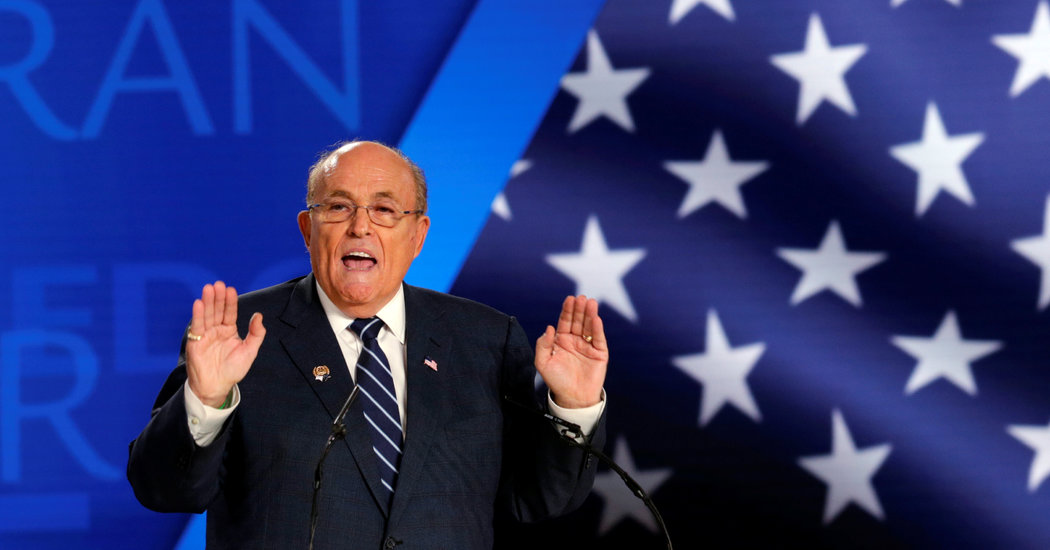 Asked for comment by The Times, a spokeswoman for Mr. Lutsenko, Larisa Sarhan, on Wednesday referred to an interview Mr. Lutsenko gave to a Ukrainian news outlet confirming that aides to Mr. Giuliani had asked him to hire a lobbying company. He did not specify which company.

Mr. Lutsenko told Ukrainska Pravda he had been seeking a meeting with William P. Barr, the United States attorney general, and was in touch with unnamed advisers to Mr. Giuliani. “In the end, they said the meeting would be impossible unless I hired a company that would lobby for such a meeting,” Mr. Lutsenko told the news outlet, adding that he declined to do that.

The proposed April agreement between Mr. Lutsenko and Ms. Toensing and Mr. diGenova also referenced another assignment: helping the Ukrainians meet with American officials about “the evidence of illegal conduct in Ukraine regarding the United States, for example, interference in the 2016 U.S. elections.”

The proposals noted that Ms. Toensing and Mr. diGenova might have to register as foreign agents under American law.

“We have always stated that we agreed to represent Ukrainian whistle-blowers,” Mark Corallo, a representative for the law firm of Ms. Toensing and Mr. diGenova, said in a statement on Wednesday. Mr. Corallo said the business proposals were “unaccepted” and the lawyers never represented the Ukrainians. “No money was ever received and no legal work was ever performed,” he said.

In another agreement signed by Ms. Toensing in April, the client would have been Victor Shokin, the top Ukrainian prosecutor before Mr. Lutsenko. Mr. Shokin was ousted after critics, among them Mr. Biden, said he was soft on corruption.

Mr. Shokin did not respond to a request for comment.

Mr. Shokin had also spoken with Mr. Giuliani and his associates in January, via Skype. In the call, Mr. Shokin asserted that American officials applied pressure on the Ukrainian government to kill an investigation of Burisma, and that he was fired after Mr. Biden accused the prosecutor of being corrupt, according to a memo summarizing the discussion.

Ms. Toensing proposed that, for $25,000 a month, she and her partner represent Mr. Shokin “for the purpose of collecting evidence regarding his March 2016 firing as Prosecutor General of Ukraine and the role of then-Vice President Joe Biden in such firing, and presenting such evidence to U.S. and foreign authorities.”