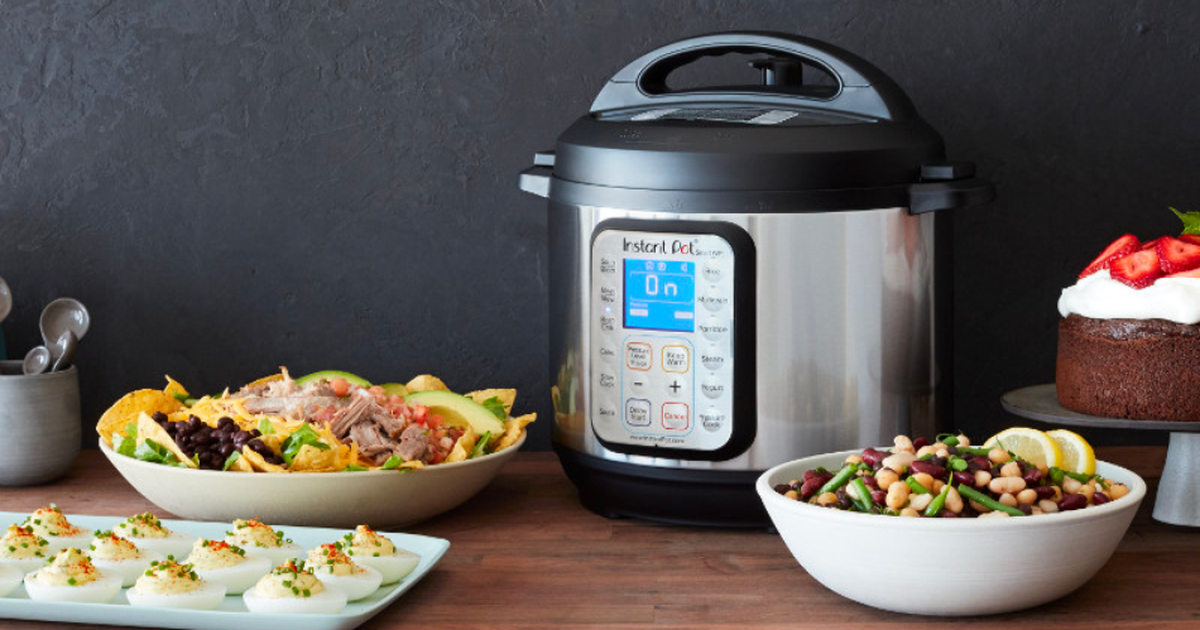 Just to let you know, if you buy something featured here, Mashable might earn an affiliate commission.
By Haley HenschelMashable Shopping2019-11-27 18:41:58 UTC

Here at Mashable, we can sniff out a good Instant Pot sale like it’s our job. (Well, technically it is.) But as November rolls around, it doesn’t take much work to find huge discounts on the beloved multicookers: They’re some of the bestselling gadgets Black Friday after Black Friday, and retailers get ultra-competitive when it comes to doorbusters and deals.

In other words: If you want an Instant Pot for super cheap, this is prime time, baby.

As things currently stand, there are about half a dozen Instant Pots (plus the brand’s air fryer) on sale across Amazon, Walmart, and Target ahead of Black Friday. All of the deals are quite good, FWIW, although if we had to pinpoint the one that we were most jazzed to see, it would probably be Amazon’s sale on last year’s six-quart Instant Pot Smart WiFi: At just under $90, or 40% off, it’s down to its lowest price in the site’s history.

Combining eight appliances in one, the Instant Pot Smart WiFi is unique in that it’s equipped with WiFi, which means you can control it from literally anywhere — work, school, the dentist’s office, the dog park — using the free Instant Pot app. (Bonus: That app comes loaded with more than 1,000 recipes.) If you’re an Alexa user, you can also operate it via voice commands through the virtual assistant — it comes with support for that technology, too. Although at some point, you will need to actually stand in front of the Instant Pot and place ingredients inside.

Appearance-wise, the Instant Pot Smart WiFi looks almost exactly like the cult-favorite and user-friendly Instant Pot Duo Plus (which is also super cheap right now), sporting a modern blue LCD screen and one-touch controls. It, too, comes with more than 10 built-in safety features as well as a stainless steel inner pot that’s both durable and dishwasher-safe.