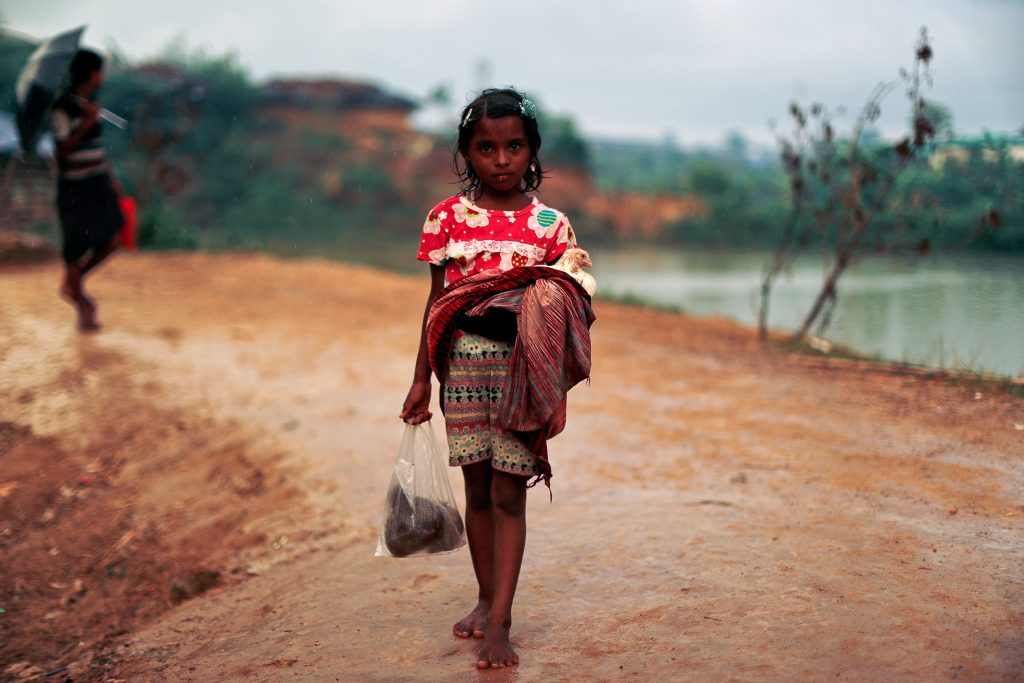 More than 500,000 Rohingya Muslims have fled their homes since August to escape systematic violence at the hands of government soldiers in Myanmar. The U.N. has called the actions taken by Myanmar forces against the group “a textbook example of ethnic cleansing.”

A report released by Amnesty International on Wednesday documents widespread rape, killings and burnings of Rohingya across the Rakhine State in Myanmar. The report includes extensive interviews of Rohingya refugees who tell stories of live burnings, sexual violence and mass shootings at the hands of soldiers.

To escape persecution, Rohingya refugees are fleeing in droves to neighboring Bangladesh, a country described by some as a reluctant host for the thousands of refugees behind its borders. Conditions within Bangladesh show refugee camps beyond capacity, as organizations struggle to keep up with humanitarian aid.

Find out more: Rohingya Muslims have been denied citizenship in Myanmar since 1982, though they’ve lived in the area since the 12th century. They are not considered one of the country’s official ethnic groups. As such, their lack of official identity bars them from government services and travel.

Officials from Myanmar, a majority Buddhist state, claim Rohingya are actually immigrants from Bangladesh to justify their exclusion of the group. This most recent burst of violence comes from Myanmar’s crackdown following clashes with the Arakan Rohingya Salvation Army (ARSA). After the government declared ARSA a terrorist organization, the retaliation escalated into hundreds of Rohingya villages.

Where to give: BRAC, a top-ranked NGO based out of Bangladesh, is scaling up humanitarian efforts for clean water, health, sanitation and child care for refugees from Myanmar. You can learn more about their efforts here.

An emergency appeal was made by the Disasters Emergency Committee for immediate crisis relief funds. DEC distributes funds to 13 member aid organizations.
UNHCR, UNICEF and Save the Children have donation pages dedicated to the crisis, as does the International Rescue Committee. CNN’s Public Good page provides a user-friendly resource to find NGOs that match your giving goals.

To give to starvation relief, try Action Against Hunger or the World Food Programme.

Be sure to research organizations receiving your financial contributions, not only to find the best organization aligned with your goals, but also to avoid potential scams. For the latest information on aid organizations and charities, visit GuideStar or Charity Navigator to ensure your donations are going in the right direction.